Founded in 2002, Shire Oak International has pioneered renewable energy in the UK and Europe, including seeding the world’s first ever tidal lagoon at Swansea Bay and the UK’s largest solar project at West Raynham, as well as spearheading solar energy in Spain.

In Vietnam, Shire Oak International is working closely with government, energy companies and businesses to expand solar power capacity across the country. It is doing so by installing industrial-scale solar systems onto the rooftops of its clients, including some of Vietnam’s biggest manufacturers, to harness Vietnam’s abundant sunlight to drive strong, sustainable economic growth. 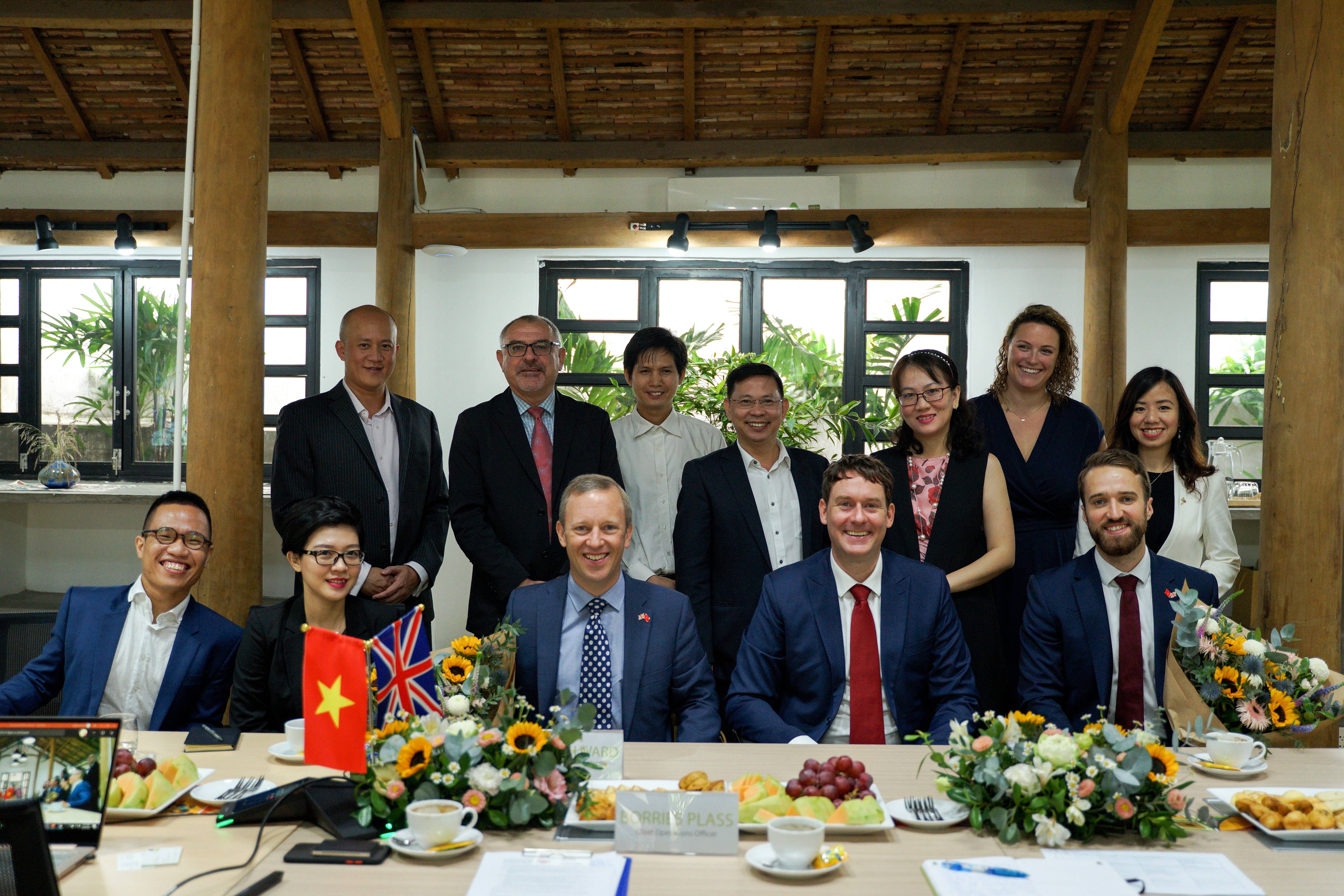 Ambassador Ward says: “Since 1990, the UK has reduced emissions by 42% while expanding the economy by 72%. It’s a stellar example that there need not be a trade-off between economic growth and sustainable energy use. I’m pleased to see that Vietnam has come to a similar conclusion and grown its renewable energy sector significantly since 2019.

“Vietnam is poised to be a leader of the sustainable energy transition in South East Asia. The UK, especially UK businesses in Vietnam like Shire Oak International, is committed to supporting Vietnam in addressing climate change and reaching its green energy targets.”

Shire Oak International’s Chief Operating Officer Borries Plass says: “We are delighted to welcome Her Majesty’s Ambassador Gareth Ward and his team to Shire Oak International. This is an exciting opportunity for our company and demonstrates the passion for solar energy that is shared by government and businesses both in the UK and Vietnam.

“Shire Oak International has pioneered renewable energy in the UK and Europe and now we want to do even more here in Vietnam: one of the world’s fastest growing and most dynamic economies.

Rooftop solar energy is perfect for Vietnam and its booming manufacturing sector, allowing companies to grow and expand production while saving money on their energy bills, improving the environment and reducing air pollution. It really is a win-win for everyone!”

Located in Long An province, to the west of Ho Chi Minh City, the company has installed a 998 kWh solar system on its factory rooftop. This is capable of offsetting 863 tonnes of Carbon Dioxide (Co2) emissions every year, which is equivalent to the emissions created by 186 passenger cars driving every day for a year. 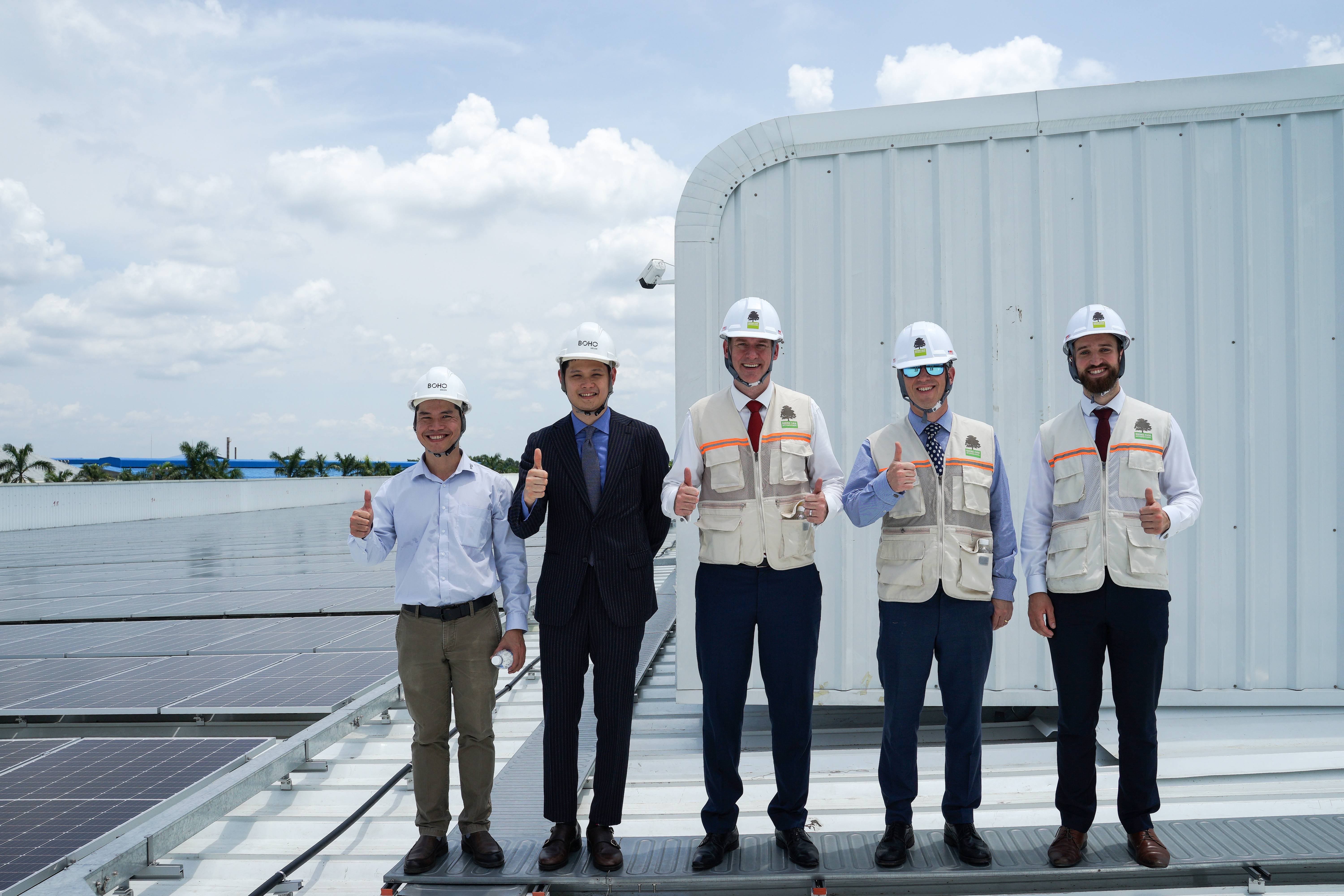 Commenting on his company’s rooftop solar system, BOHO Décor’s Operations Director, Nguyen Minh Hoang, said: “Shire Oak International (SOI) provided us with an ideal solution. During the construction phase of our factory, we thought about how we could play a part in preserving Long An’s environment. SOI helped us do just that. Their solar system reduces our energy cost while causing no harm to the environment. We are very happy to see our electricity bills decreased by about 15%. Also, the fact that our factory’s temperature during operation is lower by 5 to 7 degrees celcius, while easily overlooked, pleased us greatly.”

Mr. Hoang added that he looked forward to being able to cover more of his roof surface with solar panels: “Currently, we are able to cover about 60% of operable surface, which translates to an output of 1 MWh. It would be better if the government allowed us to bring that number to 100%. At the moment, if we did that we would be regarded as an energy farm and would be taxed accordingly. We’d like to see changes to the policies so more clean energy can be produced. Only then can we reduce our use of traditional energy sources.” 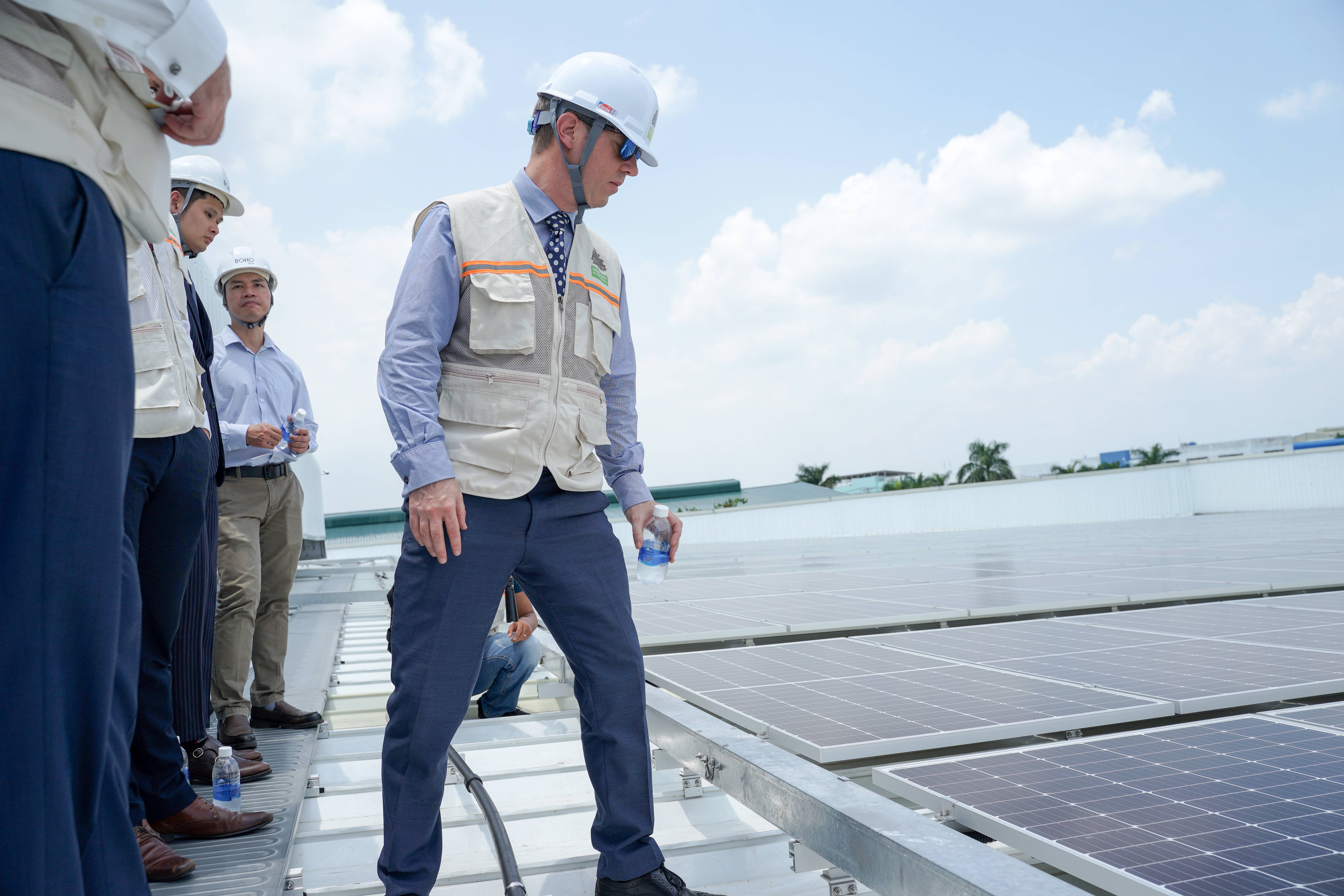 Shire Oak International’s remaining pipeline will continue to be rolled out over 2020 and beyond, helping to support the Vietnamese government to reach its target for 20 per cent of all of Vietnam’s electricity to come from renewables by 2030, including 12GW of solar capacity.

The new rooftop solar tariff now stands at VNĐ 1,940 ($0.0838) for each kWh generated. This is a 10% discount compared to previous tariff prices and will support the development of renewable energy throughout Vietnam.

Those producing solar energy can sell it to Vietnam’s largest power company, Việt Nam Electricity (EVN), or others who do not use the grid. Significantly, this means power sellers and buyers can negotiate prices and ways to use the energy generated by solar systems themselves.
This is a big win for investors and should pave the way for widescale investment in Vietnam’s solar energy sector, tipped to be one of the fastest growing in the country.

According to a recent report from the World Bank, the expansion in solar generation capacity in Vietnam could generate as many as 25,000 new jobs every year to 2030, and another 20,000 jobs in manufacturing of solar equipment for the global market.

The World Bank adds that the deployment of new solar generation will also be a critical factor for the Government of Vietnam to meet its Nationally Determined Contribution (NDC) climate change target and reduce its need for new coal generation.